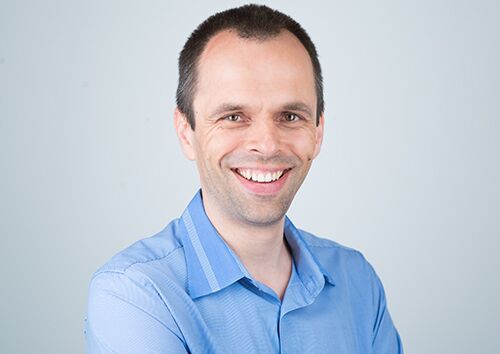 Matt is a Cambridge Maths graduate with over 25 years’ commercial experience ranging from artificial intelligence to digital media via financial markets, e-commerce, public sector, online gambling and outsourcing. He has worked for a number of different North American and British companies, and been Chief Technology Officer (CTO) at several start-ups – including one that was subsequently purchased by Amazon.

His early career included multiple roles as software developer, systems integration consultant and technical architect. This strong hands-on background (including in networking protocol software and high volume transaction processing) means he brings technical credibility to his leadership roles – including where teams are working on performance, scalability, resilience and compliance.

With several years’ experience in the regulated industries of finance and gaming – including at Bloomberg and Betfair – Matt has acquired a solid grounding in security and compliance, from PCI DSS to ISO 27001 and GDPR. Crucially, he understands how to adopt a lean approach to implementing these sorts of requirements.

As a consultant (first at Vignette, now part of OpenText, then at Sapient), Matt has worked with high-profile customers including Bupa, The Times in London, Hotels.com in Dallas, TF1 in Paris, Axel Springer in Hamburg and Yedioth Ahronoth (Israel’s largest-selling daily newspaper) in Tel Aviv.

At Geonomics, an innovative location-based gaming start-up, Matt was the first hire made by the two founders (before they even had an office!). He created the initial architecture, helping achieve further funding. Matt built the engineering team to over 50 people, blending in-house and outsourced resources, based on a structure to allow scaling to 300+ employees. The team used agile methodologies and open-source technologies; it consistently delivered projects on-time and to-budget – including site launch and first draw in 2010, and systems integration for the company’s first B2B software sale to Atlantic Lottery in Canada.

In 2016, after Geonomics was acquired by one of its investors, Matt moved into consulting and interim work. The company he co-founded, Nimble Results, focuses on Technology, Product and Operations, providing a range of services from Review (analysing current state and recommending improvements) through Interim (temporarily managing a client’s team while helping to grow and strengthen it) to Coaching (light-touch mentoring of new senior managers).